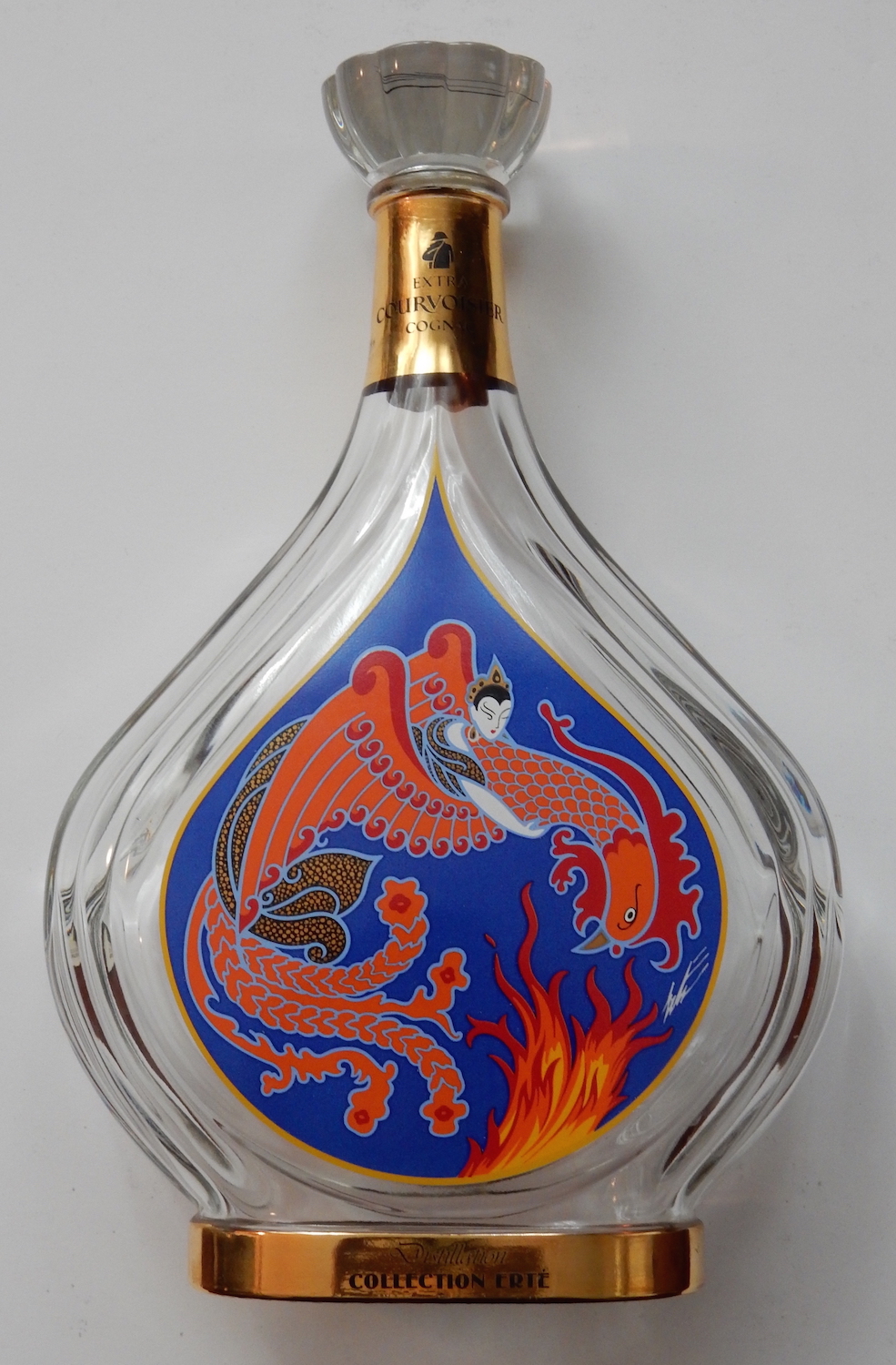 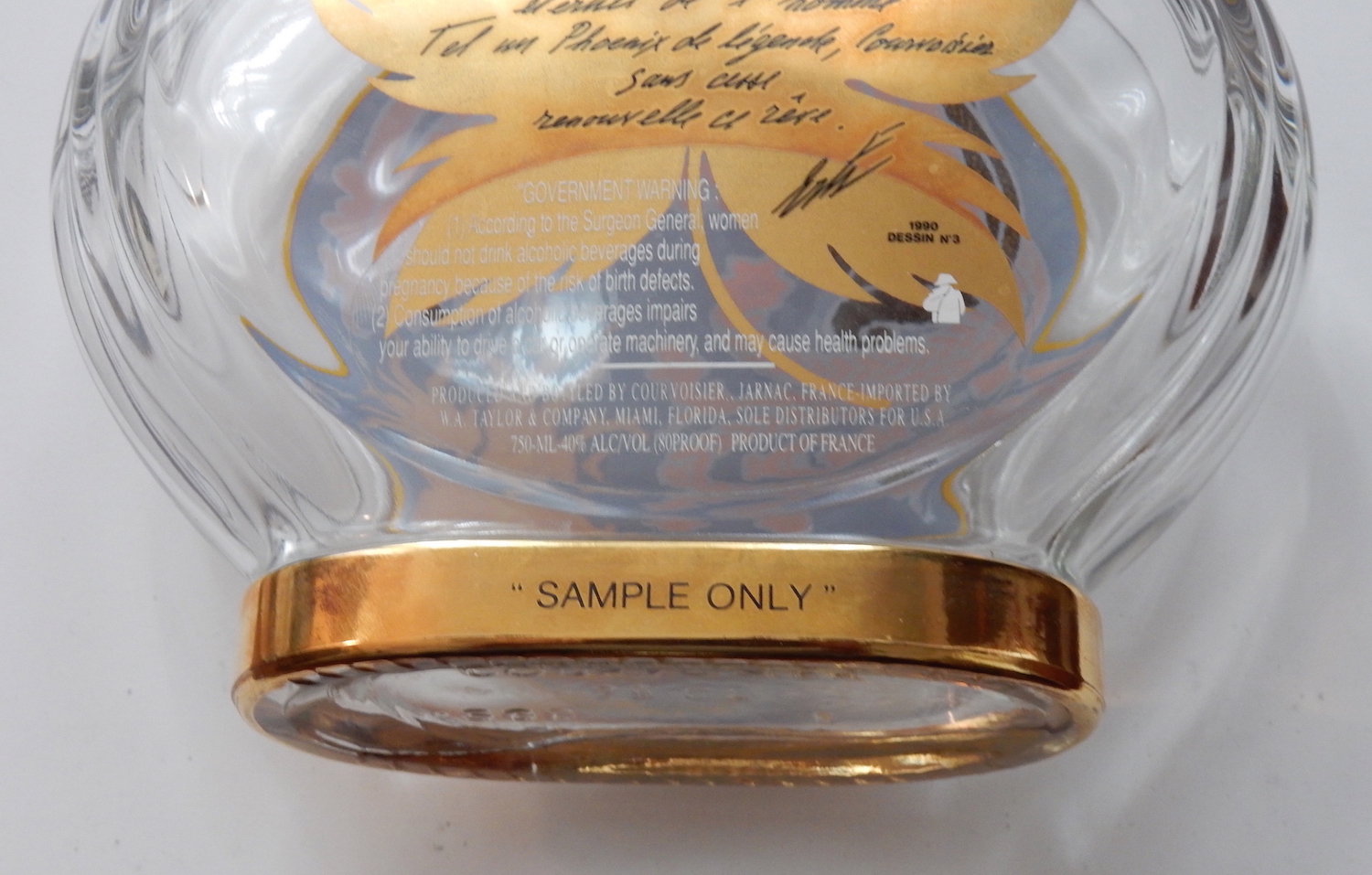 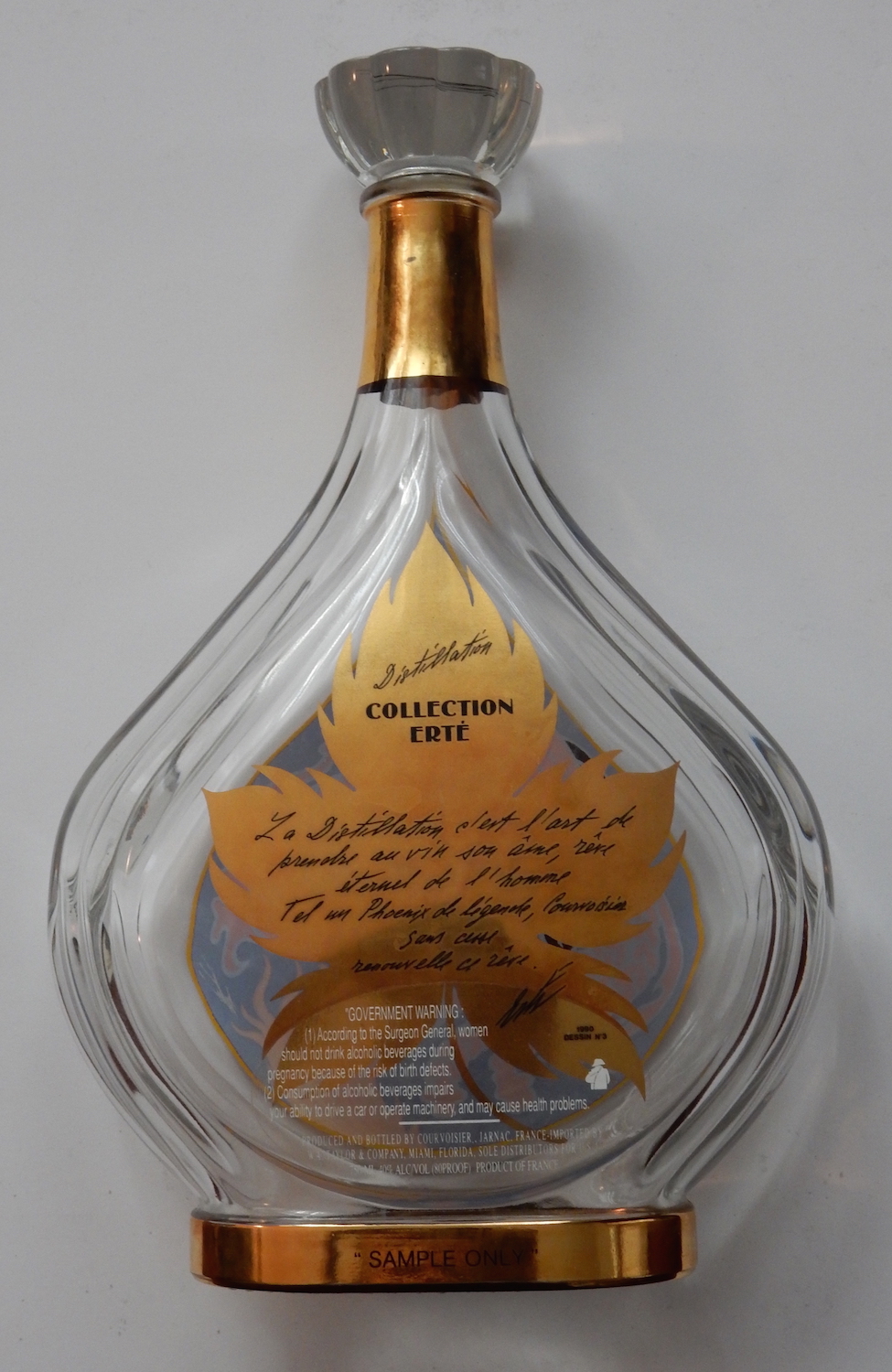 Hello! I am interested in finding out information about the value of an Erte designed Courvoisier crystal bottle/decanter I have.

The bottle is Bottle #3, ‘Distillation’ from The Erte Courvoisier Collection. Bottle #3 was produced by Courvoisier in 1990 in a limited edition of 12,000. The bottle is in excellent condition and is empty. Not sure if it makes any difference to the value of the bottle, but Erte passed away in 1990.

On the back of my bottle, on the gold rim at the bottom where the edition number is traditionally marked, it is marked “Sample Only.” I can not find a reference to this “Sample Only’ bottle anywhere.

I have seen a photograph of an example of this same type of bottle that was produced by Courvoisier for display purposes. In that instance, the bottle was partially amber colored on the inside to give the appearance that bottle contained cognac which it did not. The space where the edition number traditionally appears was blank.

The unusual aspect of my bottle is that it is marked “Sample Only” on the back bottom rim where the edition number is usually printed. I also have the sales literature that accompanied the bottle when it was being pitched to possible interested parties, possibly liquor distributors/retailers, art galleries and the like.

I have attached a few photos of the bottle and the literature and can provide more.

I’d like to know if this bottle would be considered to be more valuable than the bottles with edition numbers on them or those produced for display purposes.

Any information (value or otherwise) and/or advise would be very much appreciated. Thank you very much!