I recently got a green glass 8 oz soda bottle with what appears to be a baby embossed on it or, more likely, a Buddha. Does anyone know what this is, and what it’s worth? It’s the strangest bottle I’ve ever seen. It’s not the Lucky Buddha beer bottle. 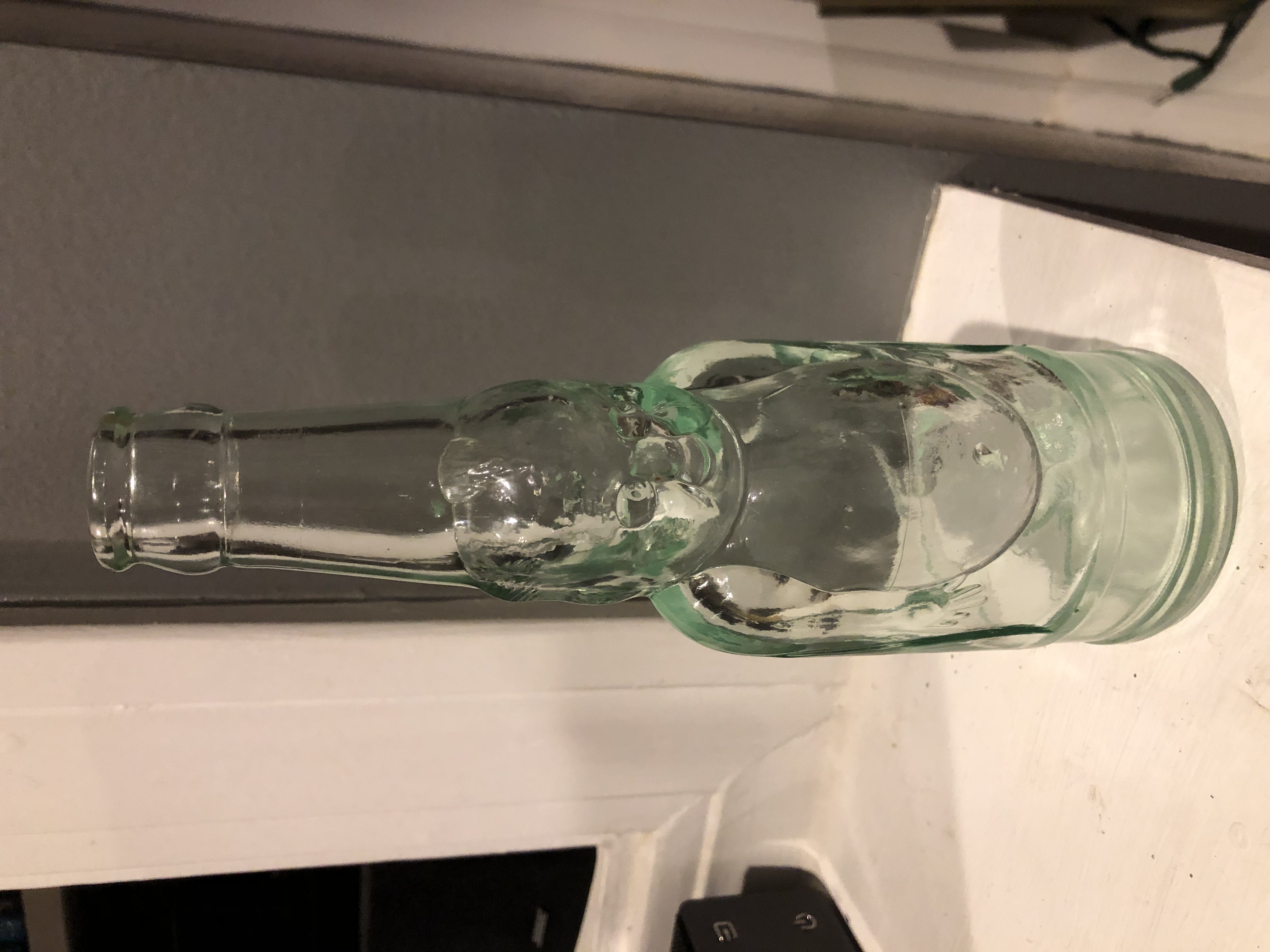