I have had this bottle for many years and been having trouble researching the information on it. The front of the 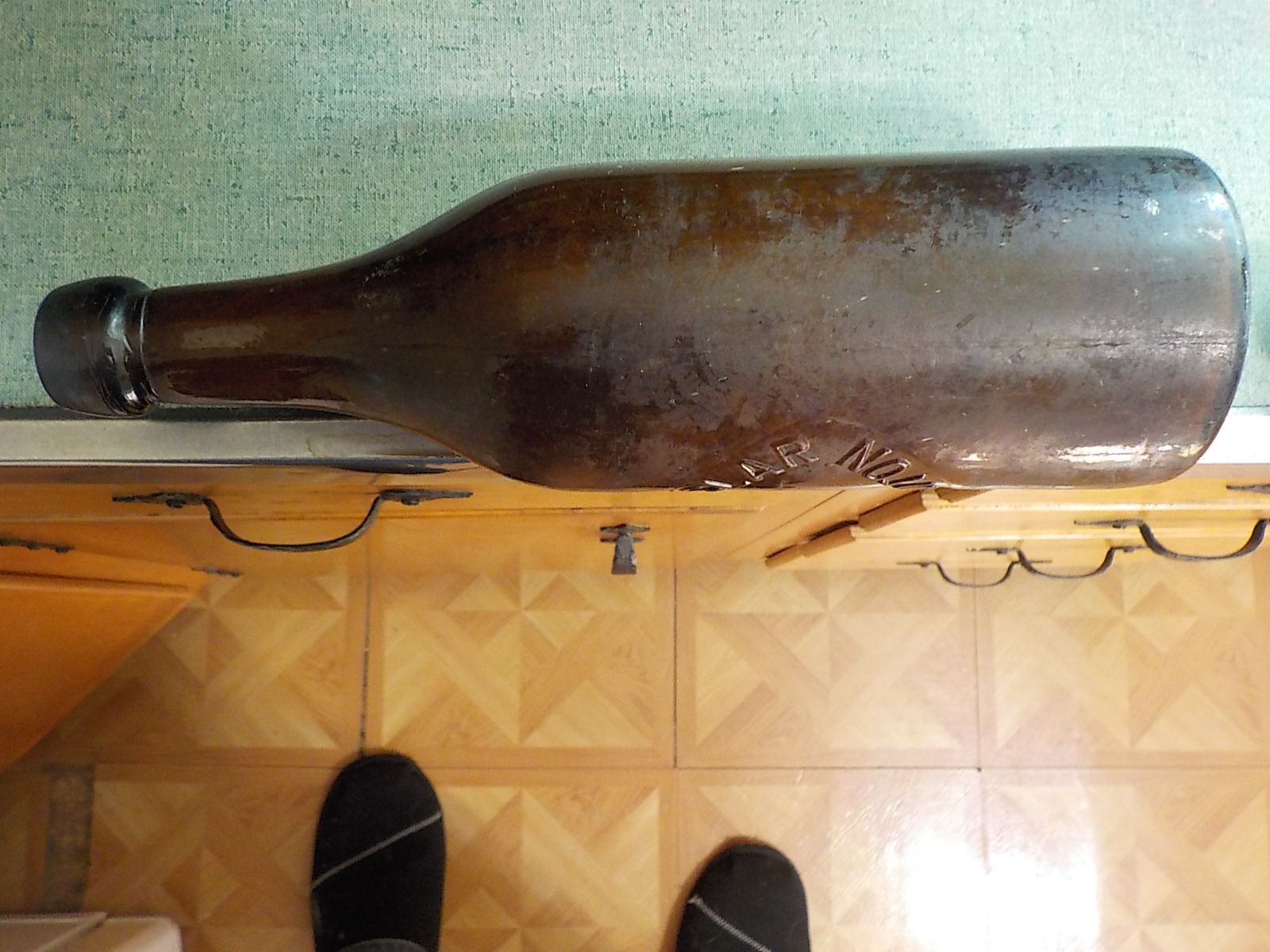 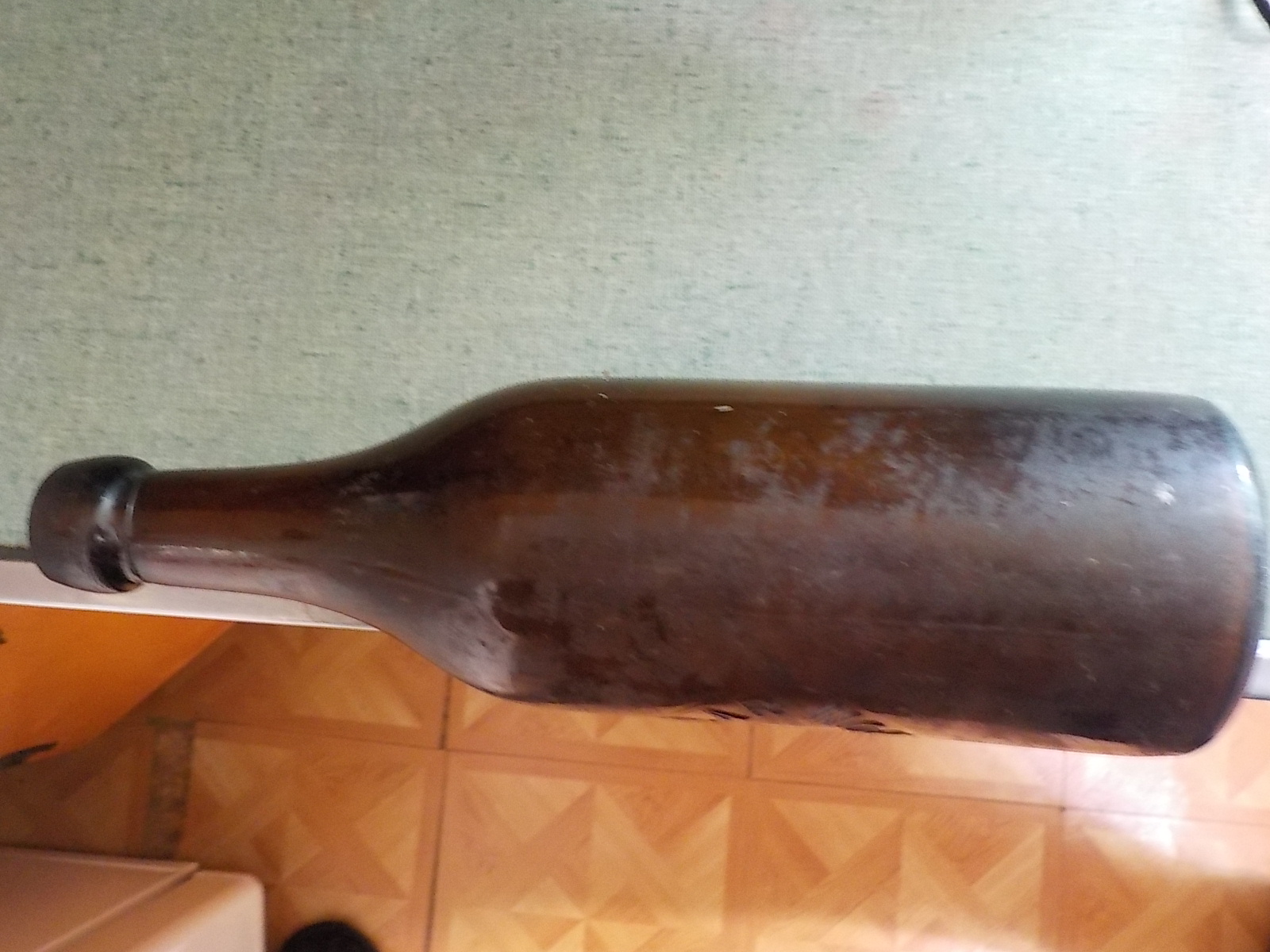 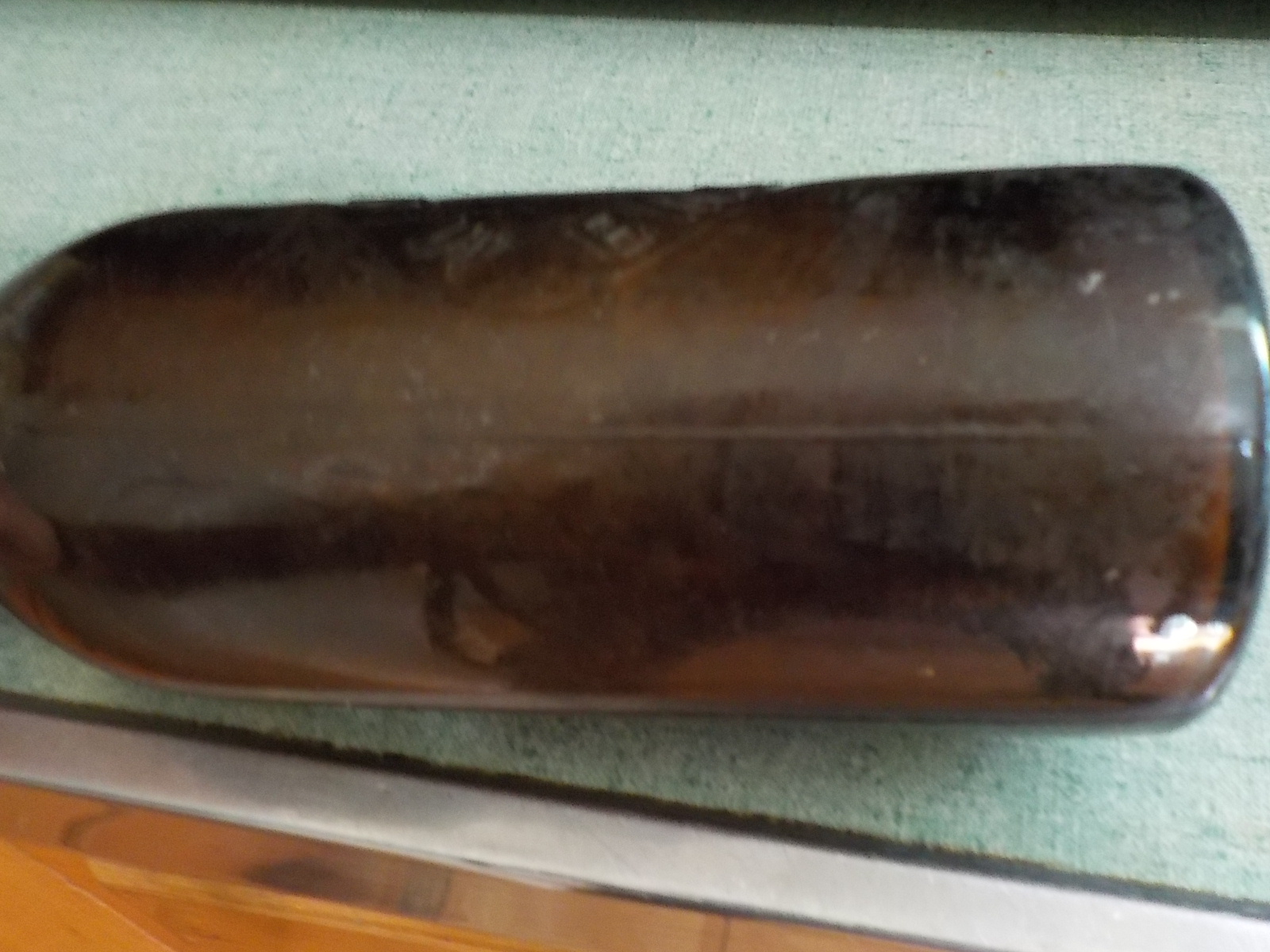 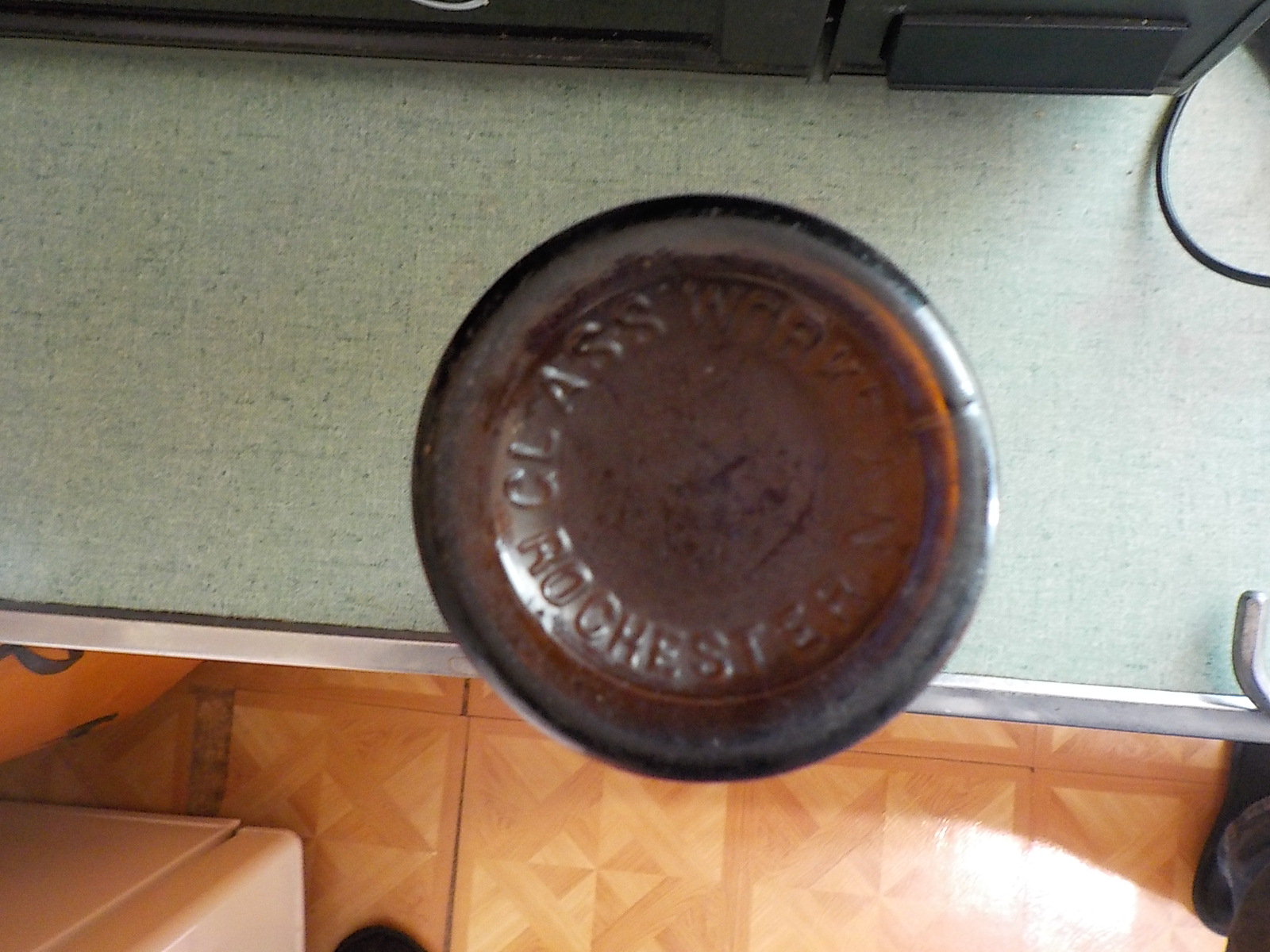 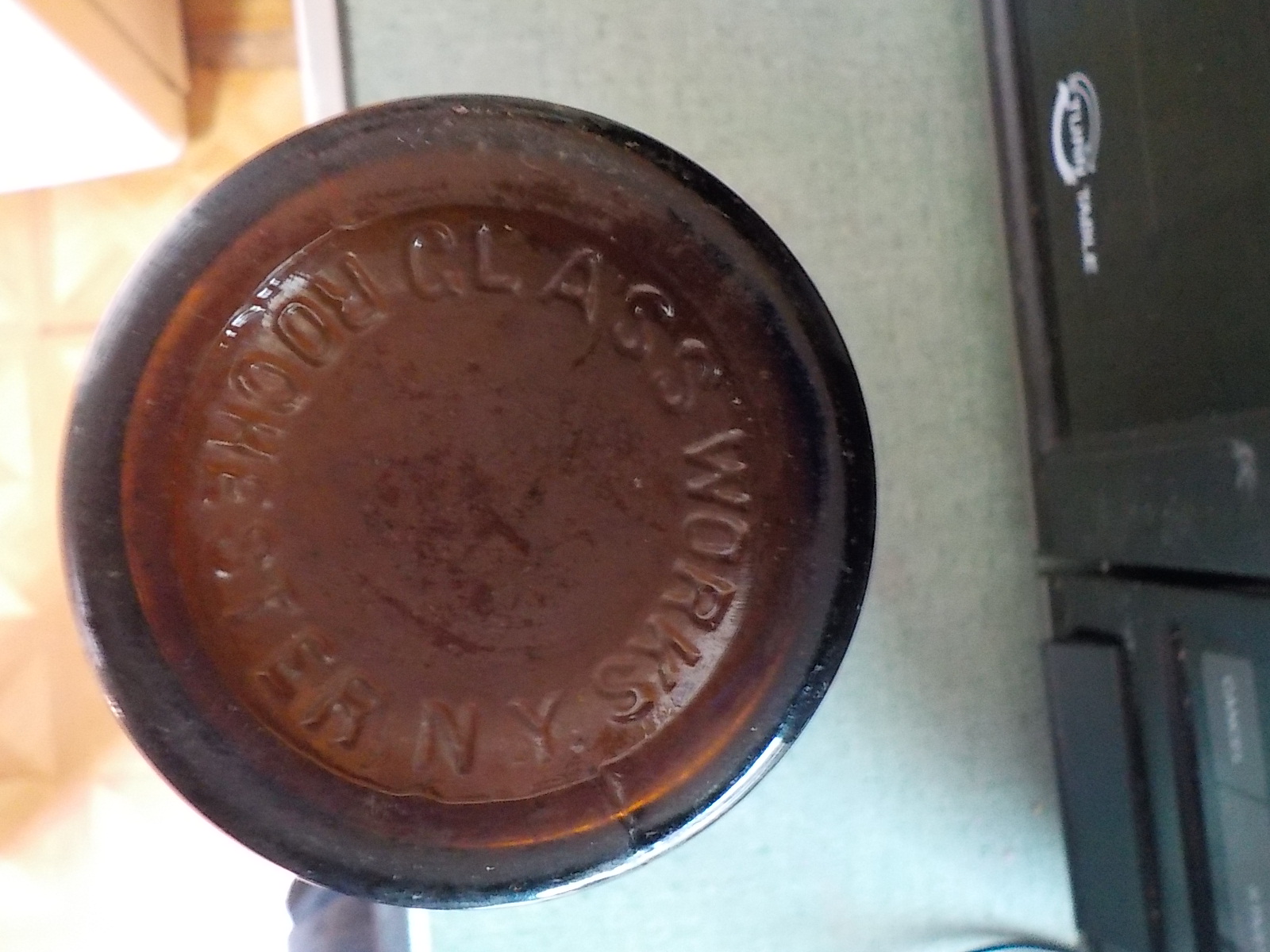 bottle has raised lettering "M.J. Weslar" with Binghamton underneath it in a circular form. The bottom has raised lettering as well "Glass Works" with Rochester, N.Y. again underneath it in a circular form. It has 3 well defined lines most likely where it was put together. One on each side vertically and one circular one around the top of the neck. It has several small indentations on the bottom of the bottle. The color is dark amber/brown. Thanks for any input!......... Mike 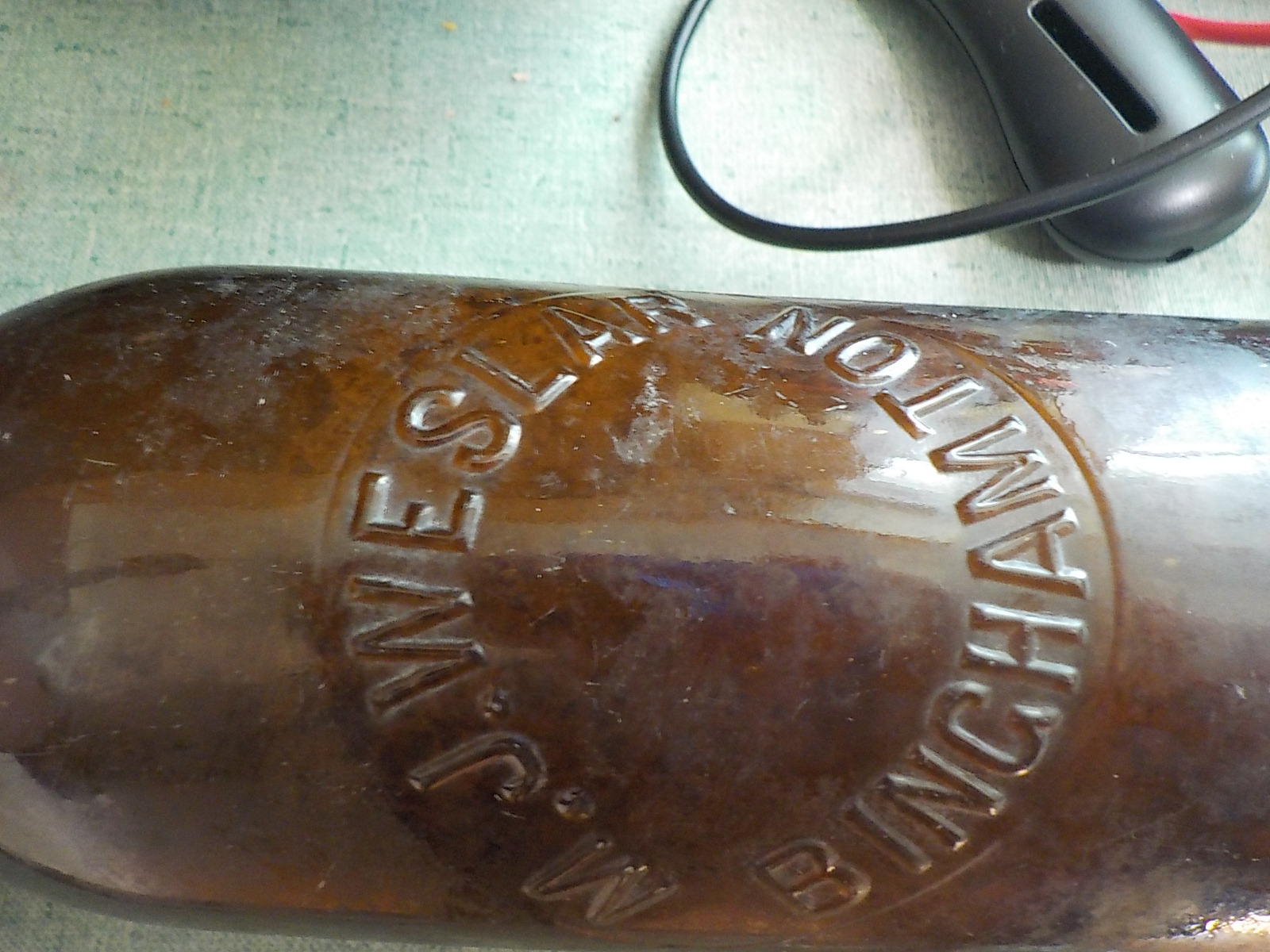 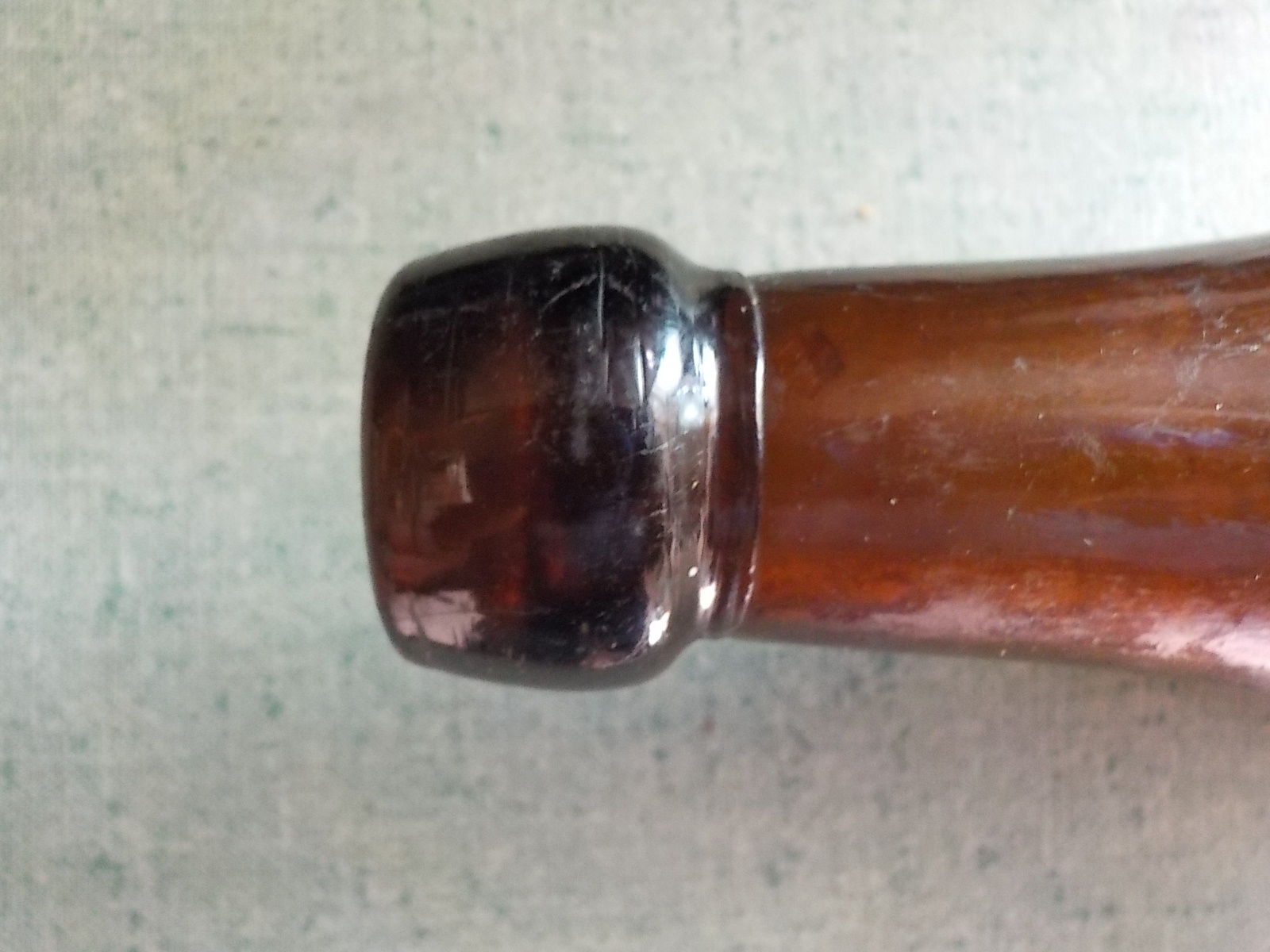